Town of Selma Announces The Opening of The Reggie Barnes Basketball Court.

The Town of Selma Parks and Recreation Department announced that the Reggie Barnes Court is now open and ready for play.

The Reggie Barnes Basketball Court is located on the campus of the Harrison Gymnasium located at 601 W. Noble Street.  It is situated next to the Jacquelyn J. Lacy Tennis Courts.

“Selma is so proud that Reggie was able to give back to the community in which he started.” Stated Parks and Recreation Director, Billy Roach.  “Reggie truly is an inspiration for all the youth here in Selma.  We cannot wait to conduct events here on the court in his honor.”

Reggie Barnes was born and raised in Selma, NC by his mother, Carolyn Davis, and his grandmother, Cora Sneed.

He was also named honorable mention for the McDonald’s All-American game, Converse All American Team.

He was the 1st Smithfield-Selma Boys Basketball player selected to play in the North Carolina Coaches Association East/West All-Star Game in 1985.

He finished his high school basketball career as the 3rd leading scorer in CAP-8 history. Reggie was highly recruited by several NCAA Division 1 Universities and was the 1st Smithfield-Selma Basketball player to play at the NCAA Division 1 level. He elected to stay close to home and chose to play for the University of North Carolina-Charlotte for then head coach Jeff Mullins.

Reggie was a four-year letterman for the 49ers, started games as a freshman, played in over 100 games during his college career at Charlotte, and played in the 1st Round of the NCAA Basketball Tournament in 1988 as Charlotte won the Sun Belt Conference Championship.

Reggie graduated in 3 ½ years from UNC- Charlotte with a degree in Human Services/ Psychology and a minor in African American Studies. In May 1989, he became the first person in his family to graduate from college.

His non-profit organization, Realtime Hope has given thousands of dollars toward scholarships in Johnston County and has completed several mission projects internationally. Giving back to the community has always had a special place in his heart and he has made it his mission to offer free basketball clinics and community fun days in Selma. Over the years, Reggie has been extremely blessed and will continue to support communities through giving back. His motto is “If you help enough people get what they want, by default you will always get what you want.”

“This court would not be possible without the support and love from my God, my family and my friends.”  Stated Barnes.  “I dedicate this court to the memory of my grandmother, Cora Sneed.  May she see the love and the dreams this court will bring to many young people from this day forth.”

After dribbling the first basketball on the court and doing a lay-up as the first shot, Reggie invited everyone there to enjoy the court. 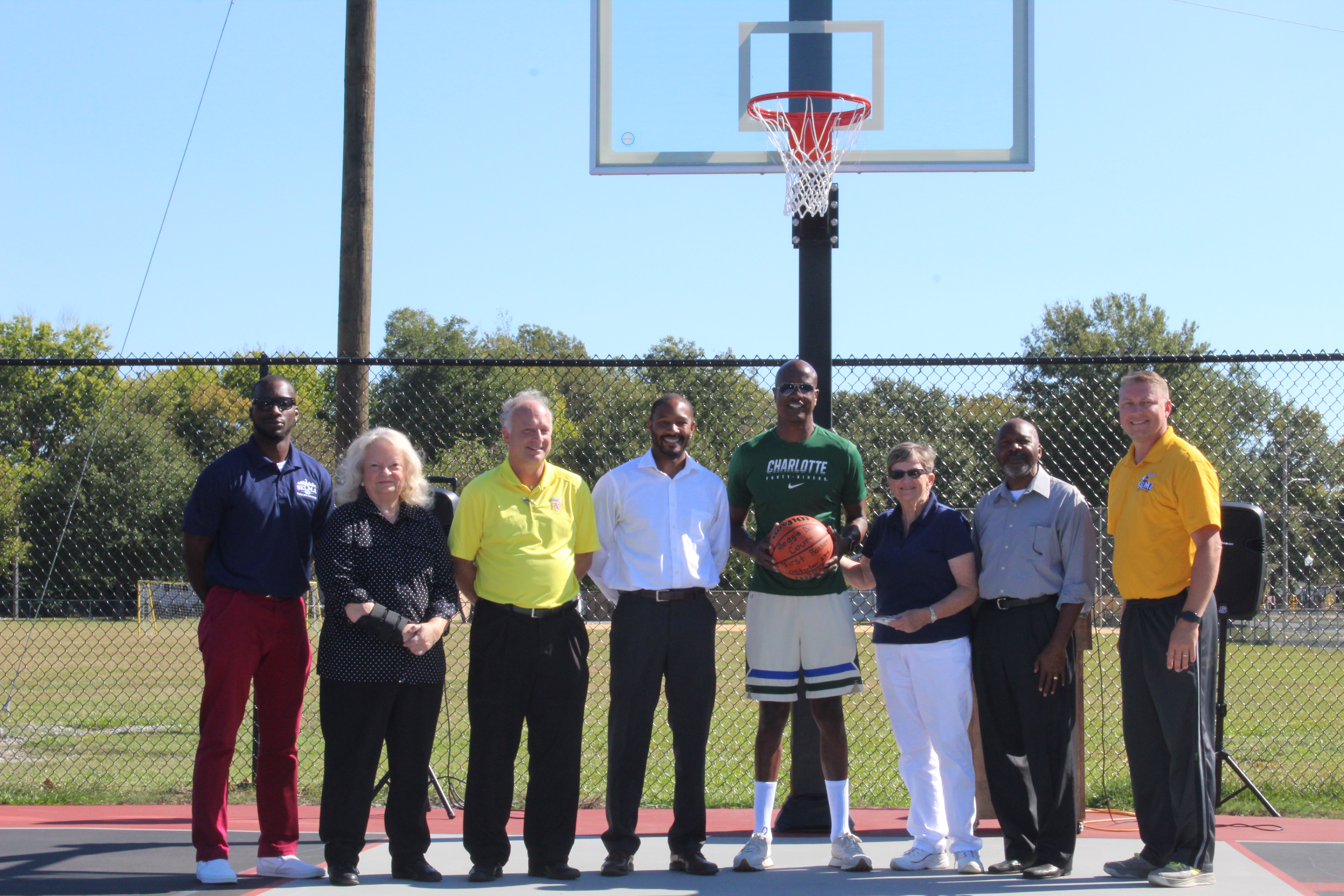 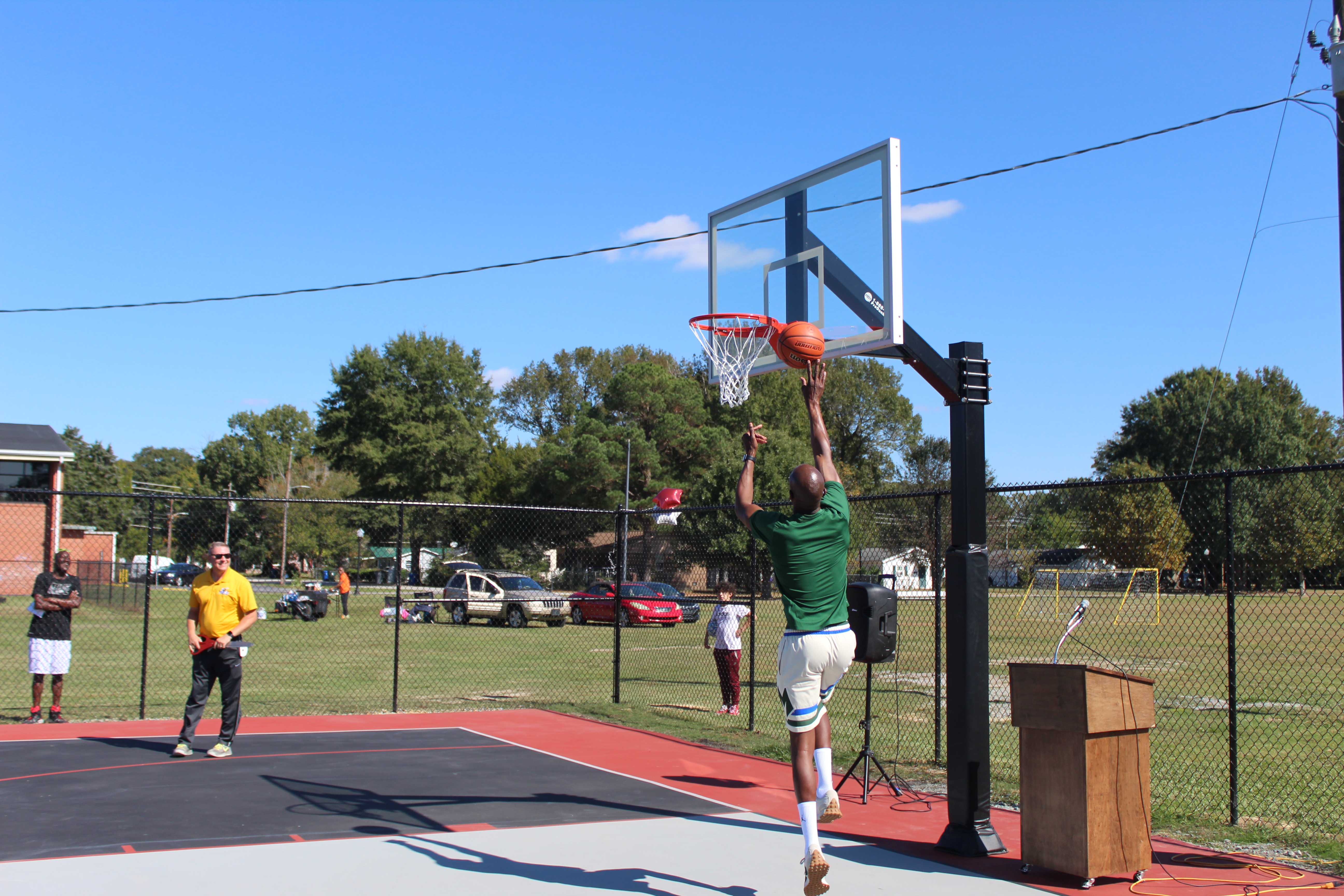 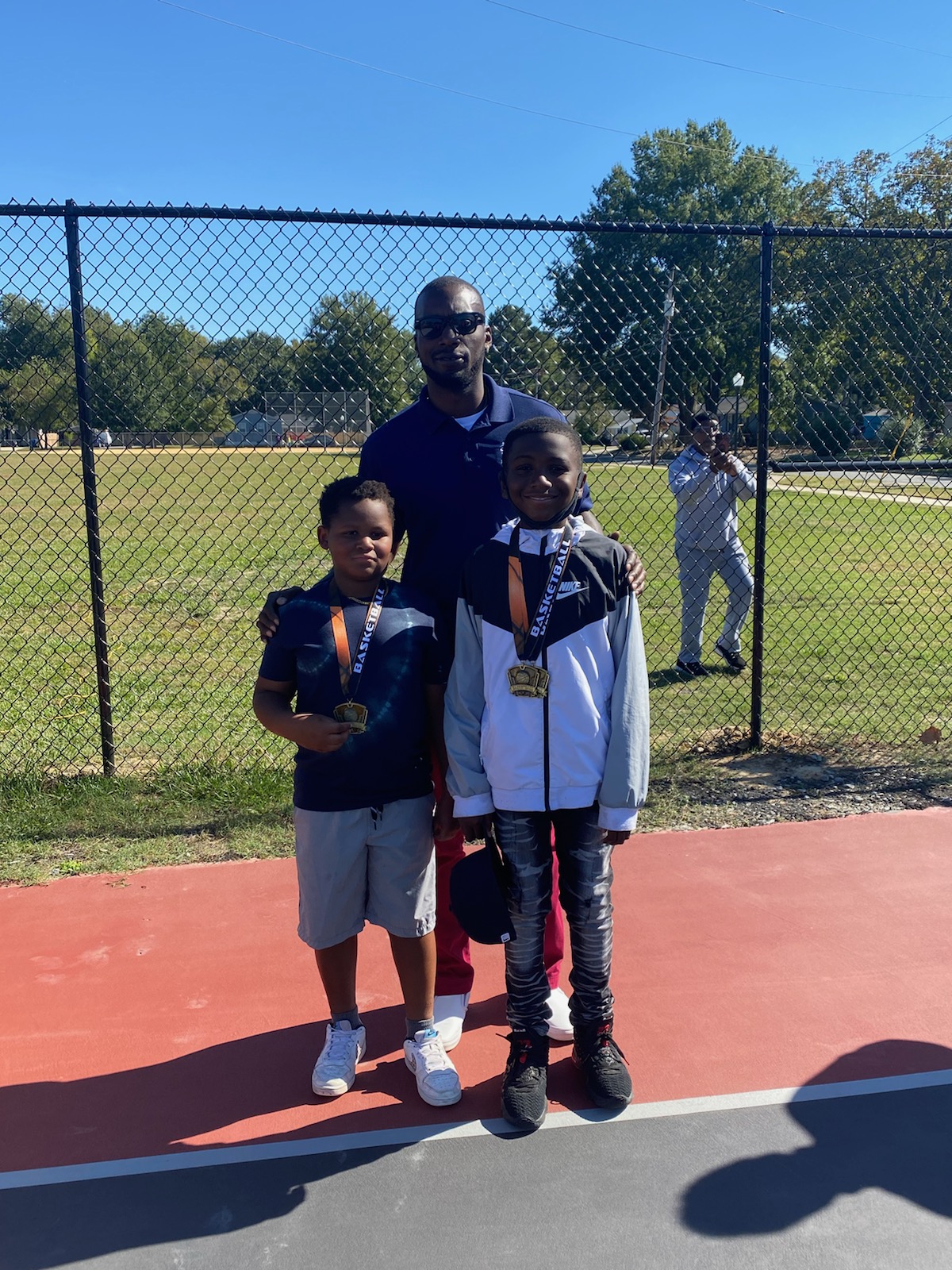