Starting June 1, the hospital, with campuses in Smithfield and Clayton, will rename itself UNC Health Johnston. The version of the logo featuring the Old Well will be replaced with the sleek UNC Health logo and the Johnston name just below.

UNC Health introduced its new brand identity in February 2020 as part of an overall transformation strategy. The rollout of the rebranding to other entities within the system, however, was put on hold because of the pandemic.

The design reinforces UNC Health’s evolution into a statewide health system with a mission of serving all North Carolinians with expertise and empathy. The transformational efforts, called ONE UNC Health, include new system values alongside a unified strategy, unified operating model and a unified culture.

“We’re excited to have our name and logo reflect our dynamic relationship with UNC Health and the recognition that it brings to our hospitals for safe, quality care,” says Tom Williams, CEO and president of UNC Health Johnston. “Together, we’re planning wisely, strategically to meet the health care needs of our growing communities.”

In 2014, Johnston formed a joint venture with UNC Health, a partnership that improved the health and wellness of residents of Johnston County and surrounding areas. That included opening a 50-bed community hospital on the Clayton campus in 2015, and recruiting new physicians and other providers.

In January 2021, the partnership evolved into a joint operating agreement between Johnston and UNC REX, which has committed to spending $125 million during the next five years to expand services and facilities in Johnston County.

Through the years, Johnston and UNC REX have worked together in areas such as radiation oncology, heart and vascular, gastroenterology and general surgery, as well as physician coverage that includes hospitalists and specialists such as neonatologists. 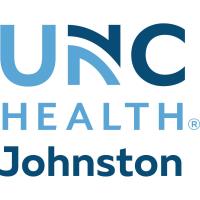