(Lucama, NC) The stars and cars of ARCA Menards Series East will be making their way to the Tar Heel State for 200 laps of thrilling racing action this Saturday, June 12th at Southern National Motorsports Park. The Southern National 200 presented by Solid Rock Carriers will be joined by three other divisions of racing.

The Southern National 200 presented by Solid Rock Carriers will pass the halfway point for the ARCA Menards Series East 2021 season. With great action from the series so far this season, drivers will look to turn up the intensity to close the gap between them and point leader Sammy Smith.

Smith, who has had a dominant season so far taking home the checkered flag for half of the races, will look to continue his dominance and extend his lead from the rest of the pack. Mason Diaz, who is a crowd favorite and has an incredible amount of experience at Southern National, will look to upset Smith and inch his way closer to the point leader who he trails by just 22 points.

Discounted tickets are on sale now at www.snmpark.com. Tickets will also be available at the gate on race day. For more information on this event visit www.trackenterprises.com or www.snmpark.com. 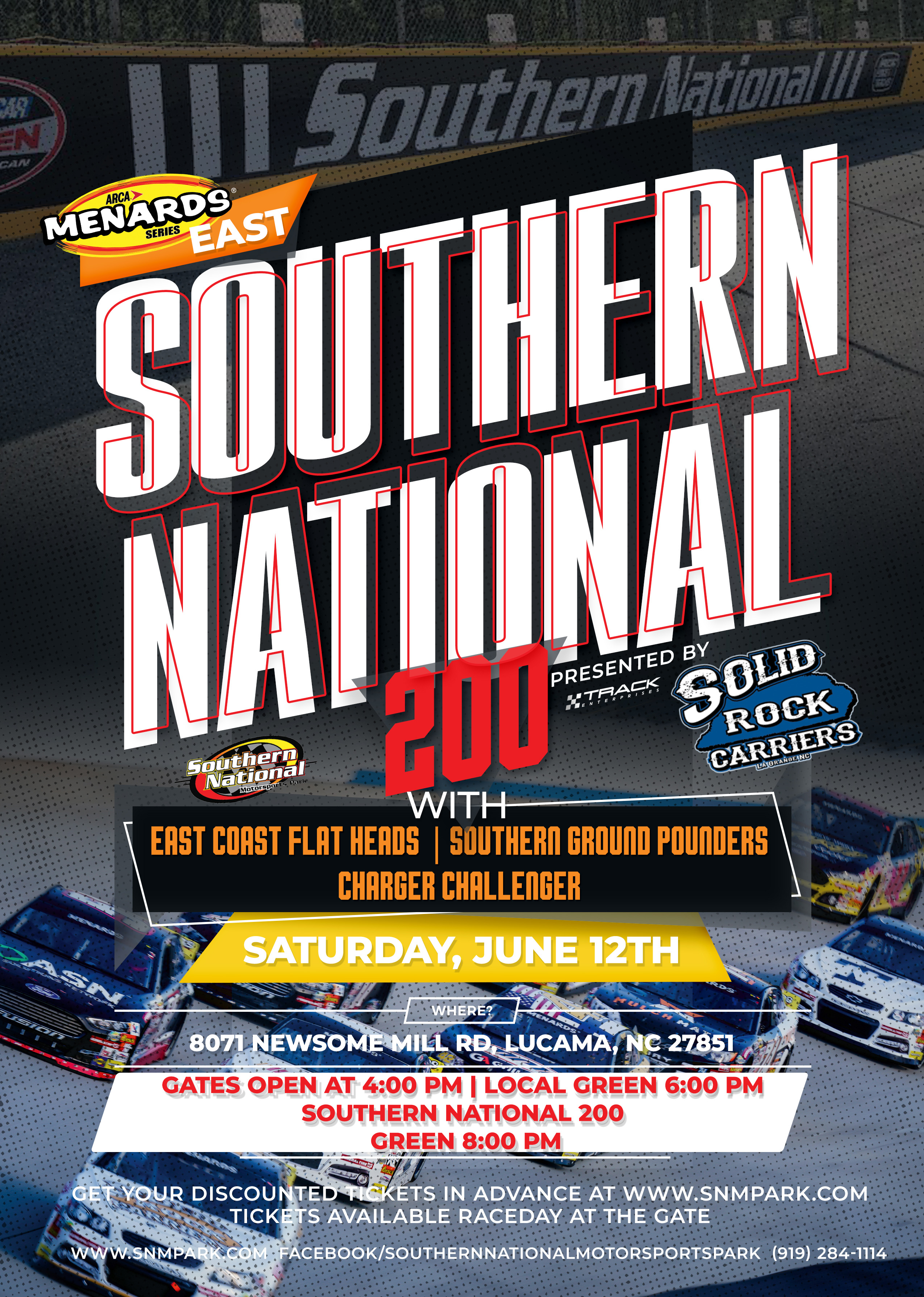