That loss weighs on Selma, Smithfield and Johnston County leaders, who spoke Tuesday during the third annual State of Our Communities luncheon, a project of the Smithfield-Selma Chamber of Commerce.

“Any State of the Communities address this year should probably include a comment about the CSX intermodal hub project,” said Selma Mayor Cheryl Oliver. “There has been plenty of talk about why JoCo was not selected. There’s been plenty of finger-pointing.”

County Commissioner DeVan Barbour acknowledged the CSX loss while celebrating the expansion plans of drug makers Novo Nordisk and Grifols.ADVERTISING“This has been one of those years that’s been up, down, exciting, frustrating, aggravating, rewarding,” Barbour said. “We’ve had a lot of wonderful things happen, and we’ve had some frustrating things happen.”

Barbour chose to focus on the positive. “The results and the growth that this county have had have been phenomenal,” he said. “Sometimes we focus on things that don’t work out like we hope they would.”

Oliver said that when landowner opposition prompted CSX to move on from Selma, town leaders turned their attention to keeping the cargo hub in North Carolina.

“On that, we were successful,” she said. CSX eventually settled on the Rocky Mount area.

“When the controversy began, everyone was saying that this was the project that no one wanted in their backyard but everybody wanted to be near to,” Oliver said. “Well, look what happened.”

“This is all stuff that’s going on in our county that sometimes flies under the radar because we get tied up with the big-ticket things,” Barbour said.

Like Oliver, Barbour said central Johnston County would benefit from CSX choosing North Carolina for its cargo hub. A lot of Johnston County roads, he said, would help businesses get cargo into and out of the CSX hub.

Even without CSX in its backyard, Selma “is positioned to prosper as never before,” Oliver said.

She referred specifically to redevelopment of the the Regency Inn property, the remodeling of the Waffle House, expansions at Bailey Feed Mill and DeWayne’s home and garden center, a second Family Dollar store and a new Popeye’s. Oliver estimated the total new investment at $11 million.

“Developers continue to invest in all sectors of Selma,” she said.

But Oliver also saw room for improvement. If Selma’s economy is to grow, the community’s schools must improve, she said. She called on the Johnston County Board of Education to spend money on aging buildings and on vocational education at Smithfield-Selma High School.

Johnston Superintendent of Schools Ross Renfrow has said that the state needs to give Johnston schools more credit for the academic gains students make from the start of the school year to the end, even if they don’t ace the state tests. Oliver said growth matters less than mastering a subject.

“You have to be proficient,” she said. “It’s not where are you and how have you grown; it’s can you do the job?” she said.

Like Oliver, Smithfield Town Manager Michael Scott pointed to economic development in his community: the new Country Inn and Suites, Buffalo Wild Wings, Chipotle and Starbucks, among others.

Those gains have been possible in part, Scott said, because of a steady property-tax rate, lower electricity rates and investment in Smithfield’s water and sewer infrastructure.

Barbour said the county and its towns work together to make economic progress happen.

“This stuff can’t happen without good cooperation,” he said. “The cooperation that Smithfield and Selma have between one another and the county is phenomenal and is an asset that I would encourage everyone to keep going. ... We’re all on the same team.” 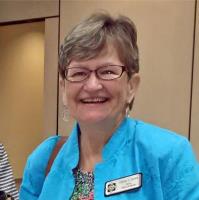