Sherry Harris' plants a garden' for women in Johnston County

Almost 5 years ago Sherry and I were sitting at lunch at Ruby Tuesday discussing important things like shopping, and changing the world. We talked about how many things in this county were run by men, and that there were a lot of fabulous woman in the county doing great things. We wanted a platform to showcase these women, and for these women to get together to network and fellowship. At that lunch the seed for the Chamber Women's Business Network was planted. We took the idea to Chris Key, who was then Board President for the Chamber. Chris thought it sounded good, or was at least smart enough not to say no to two women. We could use some of the Chamber's resources, but we would have to raise all our own money and form our own committee, and basically run our own show. Fantastic we thought...we always loved running the show! The CWBN seed was starting to form roots. We then brainstormed women in the community who we wanted to serve with us and drafted a "dream team" team list. We sent out personal letters to these women and "drafted" some of the brightest woman in the area to form our very first CWBN subcommittee. The roots were getting stronger. Our first meetings were held and our first event was held, and went off with rave reviews from the area. We had woman traveling from all over the county, and even from other counties to attend our first year of events. And the best part? We actually made some money for our scholarship fund! Our flower was starting to bud. The subcommittee continued to meet and enthusiastically plan successful event after successful event. Our scholarship continued fun continued to grow, and in 2013 we made the goal to raise $5,000.00 for the fund the next year. We did just that. The CWBN is now in full bloom. Women from all over the state now attend our events. Other cities are forming their own women-only networking groups. We have started a little movement. Sherry and I might have planted the original seed, but it was the various women who shared their life stories, and the women who have come from all over that have allowed our CWBN to flourish. And while I was there at the very beginning it was Sherry who led this charge and brought the CWBN to where it is now. Without her leadership our flower might have withered long ago. Without her diligent planning, and organization and fundraising abilities we might not be where we are today. Now CWBN is a full division of the chamber. Going from the little "ladies who lunch" group to a division of the chamber is huge, and something we couldn't have achieved without Sherry. She always wanted us to be recognized for doing big things in our community and we finally are. Sherry has laid the groundwork for a fantastic group of women who are doing so much good in this county. The CWBN won't be the same without her as head "gardener" but it is entering a new phase of life and will be tended to with what we hope is the same great care that Sherry had. Thanks Sherry for your leadership. Thank you for giving women a stronger voice in Johnston county, and thanks for planting this beautiful garden. We promise we will continue to make it grow.


Note: Sherry Harris and her husband Dan will be moving to Statesville at the end of August.. 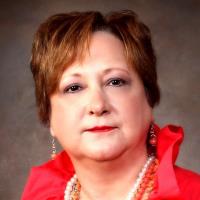