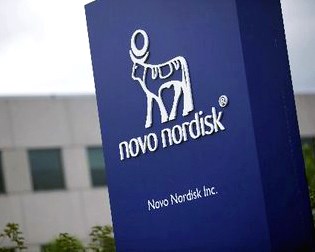 By Paula Seligson, The Smithfield Herald

The company, based in Denmark, came to Johnston County in 1996. Its plant here employs 550 people who make products that treat diabetes.

Company executives announced the expansion at the September county commissioners meeting. Lars Eriksen, project director, thanked commissioners for working with the company; the county will give Novo an estimated $2.6 million in incentives to expand in Johnston.

“We’d like to continue our expansion in this area, especially for the Clayton site, mainly due to this collaboration we’ve had,” Eriksen said.

He added that the high quality of the local workforce was also a factor in the company’s decision to expand here.

In the first six months of 2013, the North American market made up almost half of Novo’s sales and about 70 percent of the company’s growth, according to the company.

“Expansion will make it possible for this site to continue delivering all we need for the United States market for the next hopefully many years,” he said.

The $102 million expansion will take place over the next three years, Eriksen said. The company will add onto its building on Powhatan Road and buy more equipment to increase production.

Novo could have expanded production or built a new plant elsewhere. Ericksen said the county’s incentives helped sell the company on Clayton.

The county will also return the property taxes on the new equipment – half of the taxes in the first five years.

Anderson said Novo’s investment in its Johnston plant is important for the county. “Having them expand in the county shows that they have confidence in the county; they know that they can get the labor force that they need,” she said. “It ultimately is going to mean a lot more on our tax books. I know that we’re giving them grants right now, but ultimately we will see something there.”

As county commissioners moved to approve the economic incentives, multiple commissioners seconded the motion. “Everyone will second that,” said Jeff Carver, the board’s chairman.