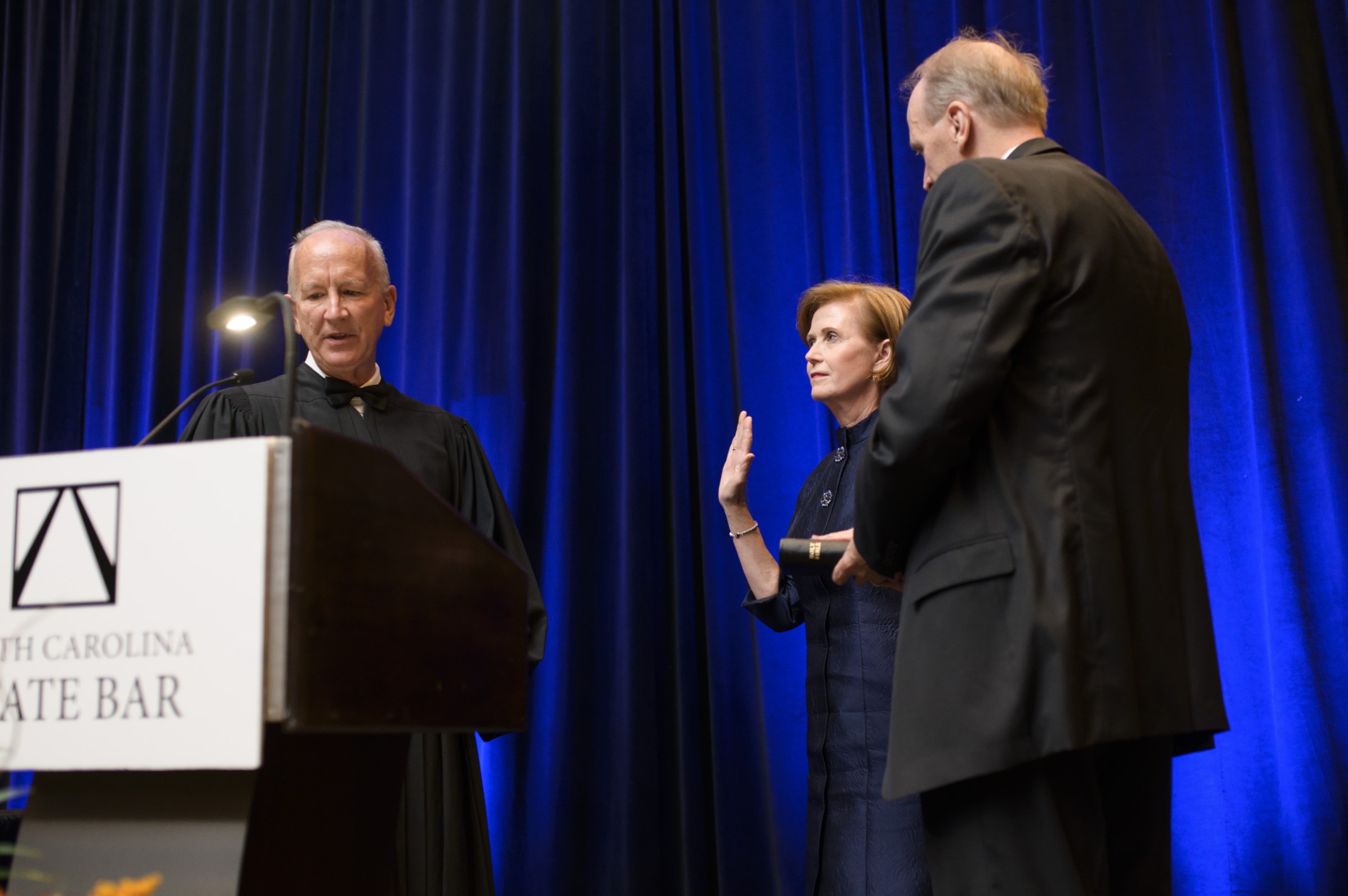 Chief Justice Newby swearing in Marcia, and her husband, Lamar Armstrong, Jr., by her side.
Photo by Brian Mullins.

Smithfield Attorney Marcia H. Armstrong was sworn in as the 88th president of the North Carolina State Bar by Chief Justice Paul Newby at the State Bar’s Annual Dinner on Thursday, October 20, 2022.

Armstrong earned her bachelor’s degree from Salem College and her JD from the Wake Forest University School of Law.

Armstrong was a member of the North Carolina State Bar Council from 2011–2019, during which time she served on many committees and was chair of the Legislative Committee and the Opioid Summit Special Committee, and a vice-chair of the Grievance Committee.

Armstrong practices law with her husband, Lamar; her son, Lamar III; her daughter, Eason Keeney; and her son-in-law, Daniel Keeney. Lamar's wife, Beth, is a third grade teacher. Armstrong’s other son, Hinton, is a biochemical engineer, and his wife, Anna, is a pharmacist.  Altogether, there are seven grandchildren, ages six months to six years.