Selma dentist is man of faith, integrity and generosity

The Smithfield-Selma Chamber gave a Distinguished Citizen Award to Selma Dentist Dr. Dicky Parrish at its annual meeting in January. While being recognized in the past by the Chamber, he continues to give of his time and resources in his local community. The award also is sponsored by Woody’s Computing Service.

These comments were submitted to the Chamber by his friend Tony Lester.

“Our honoree has been a valuable friend and mentor since meeting him in 1995 when my family and I moved to Johnston County. He exemplifies the definition of a Distinguised Citizen. He is a man of faith, integrity and generosity. He has been a tireless giver of his energy and efforts to make the Town of Selma a better place. In addition to operating a successful dental practice in town for 37 years, he has also made significant contributions to his church, local schools, civic organizations, as well as numerous other boards and committees.

The following examples are just a few of his many contributions:

He has been a member of Selma Baptist Church where he was ordained as a Deacon in 1978 and has served on many committees including the Stewardship committee, the church trustee board, and was chairman on the steering committee for the construction of the new Selma Baptist Church sanctuary.  He went on his first mission trip in 1980 to the West Indies where he helped setup and run free dental clinics for people who did not have access to health care and is now active with the Local Missions Committee.  He assisted in planning, funding, and preparing the first Selma Community Wide Thanksgiving Meal this past November. You probably now know that our Distinguished Citizen is Dr. Dicky Parrish.

Dr. Dicky Parrish was born and raised in the Northern part of Johnston County where he attended Micro School and graduated from North Johnston High School in 1968.  He completed undergraduate studies at the University of North Carolina Chapel Hill and graduated from the UNC School of Dentistry in 1976 and was chosen for the Academy of General Dentistry award from the graduating class and later honored in Pine Hurst by the Academy of General Dentistry.  He served as Director of the UNC General Alumni Association in the early 1990’s and served as President of the UNC Dental Alumni Association from 1993 to 1994.

Our honoree is married to his wife, Kathy, and they have two daughters. Please join the Chamber in congratulating Dr. Dicky Parrish. 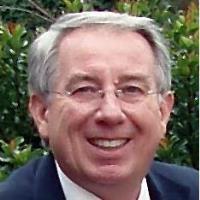