The Jimmy Creech Small Business Person of the Year Award is given in memory of the 1976 President of the Chamber. Mr. Creech operated Creech’s Pharmacy in downtown Smithfield for some 40 years and was the epitome of a business and community leader. The award is given to people who emulate this fine man. It is sponsored annually by Stancil Oil Company.

When this Small Business Award winner was just 12 years old he started working in his family’s convenience store, walking from elementary school to the store they owned on Brogden Road. Making minimum wage, he ran the cash register and had to stand on a stool to see the customers. When he became a little older his father proposed that he help him with his new billboard sign business and asked him to"try to go rent a sign". At 16 years old this young man, being the entrepreneur that he was, quickly did the math and figured he could make more money renting one sign than he could from a month’s work at the store.

So, after high school he would make cold calls and rent some of the 100 billboard faces that Stancil Oil and their sister company Interstate Outdoor now owned. He put himself through college at East Carolina University but continued to help his dad with the sign business. After graduation he came back to Selma to work full time and grow the business. Through the years he acquired other smaller billboard companies adding to Interstate’s ever growing inventory. 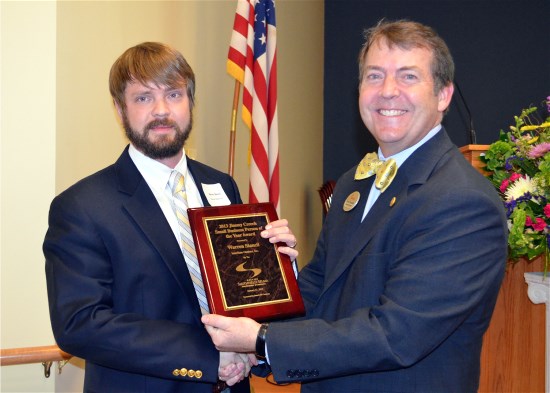 Warren Stancil started as the only employee of Interstate Outdoor, which now has 7 full time employees as well as several independent contractors. Cathy Loftis, a longtime client of Warren says: “Warren is a young business man that gets it. Warren has vision, and works hard doing what it takes to achieve his goals and conducts business with ethics.”

Much like the family that came before him, Warren is no stranger to giving back to the community. He is an eagle scout, so he knows the value of helping others. He is constantly donating billboard space to local charities and various non-profit organizations such as The Smithfield Rescue Mission, Harbor Shelter, civic clubs and local schools.  Warren has a special place in his heart for stray animals, and consistently gives billboard space to local animal shelters. And the shelters will tell you, “When ads run, adoption rates definitely go up.”

Warren prefers to be behind the scenes on most things and has never sought recognition. He has lent his free time in many different volunteer capacities. He has been a board member of the Chamber and has also has been a leader on the Chamber’s appearance committee. Interstate Outdoor has been a platinum level Chamber Champion since the program began in 2005. He also has served on the North Carolina Outdoor Advertising Association board since he was 24 years old.

Warren is also the consummate family man. He and his wife Amber have three children; Madison is 6, and twins Mason and Macon are two. They are also thrilled to be welcoming a new addition to their family in late March with another baby boy!  Warren enjoys spending time with his family, and loves to get away to the beach any chance he can get.
Larry Stancil had the following to say about his son…“Warren has worked very hard through the years. He has taken a small sign business and turned it into one of the top 5 billboard companies in the state. He is a good dad, husband and businessman, and I am proud of the man he has become.”

This particular award is named after Jimmy Creech. For those of us who didn’t know Mr. Creech, he was a man of integrity that knew the power of helping others and giving back to his community. The recipient of this award is someone who should mirror those qualities, and Warren Stancil does. Ladies and gentleman it is my pleasure to announce the 2014 Jimmy Creech Small Business Person of the Year, Mr. Warren Stancil. 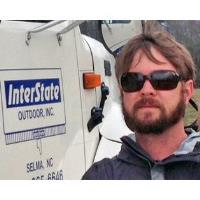