The oil terminals here are set to grow.

Earlier this month, Eco-Energy Distribution Services, a biofuel supply company, announced its plans to start construction at the oil terminals.

The company has also entered a service agreement with Marathon Petroleum Co. LP, which will upgrade its terminal to receive, store and load biofuels, according to a news release.

Together, the Eco-Energy and Marathon terminals will receive 96 tank cars per day off of Norfolk Southern Railway. The aim is to supply outbound ethanol distribution through a pipeline and truck delivery to gasoline-blending locations.

“Eco-Energy is excited to see the Selma facility become a reality, as we feel the industry will benefit from an optimized ethanol-supply chain into one of the fastest growing gasoline markets in the United States,” Chadwick Conn, Eco-Energy’s vice president of distribution, said in the news release.

“Our continued commitment to downstream investment is based on our desire to improve the logistical issues of our customers, and we believe this facility accomplishes that goal,” Conn added.

Eco-Energy will build an office on the site and will hire 12-15 people to run it, said Selma Town Manager Jon Barlow.

The expansion of an already large petroleum-storage facility is a “good fit for Selma,” Barlow said.

Eco-Energy has all needed permits and meets all environmental regulations, Barlow said. It can break ground at any point, he said.

“It’s economic development,” he said. “Any growth you have is good. The town of Selma is in a better position than any other community I’m aware of to handle this type of development.”

More than 95 percent of U.S. gasoline has 10 percent ethanol blended into it, according to the U.S. Department of Energy.

It’s called E10 and came about because of the Clean Air Act Amendment of 1990. The ethanol industry has only grown since. Most modern vehicles – model year 2001 and newer – can use gasoline with an ethanol blend of 15 percent. 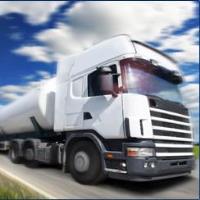