Smithfield attorney Marcia H. Armstrong has been selected by the State Bar's Nominating Committee to stand for election to the office of vice president of the North Carolina State Bar.

The election will take place in October at the State Bar's annual meeting.

Ms. Armstrong earned her bachelor’s degree from Salem College and her Juris Doctorate from the Wake Forest University School of Law.

She was a member of the North Carolina State Bar Council from 2011 to 2019, during which time she served as chair of the Legislative Committee as well as the Opioid Summit Special Committee, and was a vice chair of the Grievance Committee.

A partner of The Armstrong Law Firm, Ms. Armstrong has been a board-certified specialist in family law since 1989. She is a frequent speaker and course planner at law schools and at continuing legal-education programs sponsored by the North Carolina Bar Foundation. She has written and presented manuscripts on a wide range of family law topics.

In 2011 she received the Sara H. Davis Excellence Award from the N.C. State Bar Board of Legal Specialization. She was recognized in 2010 as a Citizen Lawyer by the N.C. Bar Association and has served in the past on the association’s Board of Governors and as chair of the Family Law Section.

In 1997, Ms. Armstrong was awarded the Distinguished Service Award from the N.C. Bar Association for her service to the Family Law Section. She received the Gwyneth B. Davis Award in 1995 from the N.C. Association of Women Attorneys. She is currently an advisory member on the State Bar’s Ethics and Legislative committees.

Marcia practices law with her husband Lamar along with their son, Lamar III, daughter Eason Keeney, and son-in-law Daniel Keeney. 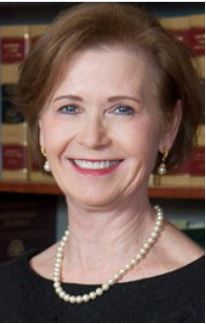