Johnston County, N.C. – August 31, 2021. The pandemic has sparked an entrepreneurial wave, and Johnston County is getting out ahead of the tide. Starting September 1, Launch JoCo is seeking small-business owners looking to take their firms to the next level. The highly collaborative program is being organized by the Clayton Chamber of Commerce, which is now reaching out to potential participants, as well as business mentors and program sponsors.

“We’re offering lots of opportunities to be involved,” says Dana Wooten, president and CEO of the Clayton Chamber of Commerce. The “LaunchMyCity” model, which incorporates coursework, networking, mentorship and access to micro-finance, began in Detroit and spread to Wake County several years ago. Those programs were closely associated with local Rotary Clubs. While Johnston County Rotary Clubs are among the key partners, the convening role being played by the Clayton Chamber’s foundation marks a new spin on the increasingly popular model. “Every town in Wake County now has a Launch project,” Wooten says. “Now we can take it on in Johnston County.”

In partnership with Johnston Community College’s Small Business Center, Launch JoCo participants will complete classroom-based business training alongside valuable networking opportunities. Classes at the SBC’s Entrepreneur Academy will begin in January of next year and run through April. “We provide the mentor component after the classroom work,” Wooten says. Upon completing training, participants also get help connecting to micro-loans and other forms of business capital.

Wooten and her partners are anticipating a class of 30 participants per year. Applicants should own businesses that are at least a year old. “We’re not looking for start-ups,” she says. “They need to have some semblance of a business plan moving forward.” The program also is recruiting mentors to pair up with budding entrepreneurs. “We’re developing a brain trust component, a group that can give advice and act as a resource,” Wooten says.

The Kauffman Indicators of Entrepreneurship is a program of the Ewing Marion Kauffman Foundation in Kansas City, Mo.

Overall, the Kauffman study found that the rate of new entrepreneurs increased substantially in 2020 as the economy experienced shutdown and reopening at the hands of COVID-19. That squares with data from the N.C. Office of the Secretary of State that point to record new-business establishments in the state over the first six months of 2021: about 96,000 firms were formed, an 80 percent increase over the same period in 2020. The office is projecting that North Carolina could witness the creation of 170,000 new firms by the end of the year.

The benefits of Launch JoCo come at no cost to participants. In addition to its long list of partners, the program also is seeking financial supporters. “We’ll be launching sponsorship opportunities,” Wooten says. The presenting sponsorship is $3,000. Gold sponsorships are $1,200, and companies wanting to sponsor a class meal can do so for $425. Tax-deductible donations to the program are also an option.

Interest forms and additional information for prospective students, mentors and sponsors are available on the Chamber’s website at  www.claytonchamber.com/launchjoco.html

“This is the ideal moment for an initiative like Launch JoCo,” says Chris Johnson, director of the Johnston County Office of Economic Development, another partner in the effort. “Small businesses have formed the fabric of Johnston County’s business community for generations, and we now have a proven model for creating a modern entrepreneurial ecosystem. I commend the Clayton Chamber for its leadership and the commitment of all the partners involved in this exciting vision.” 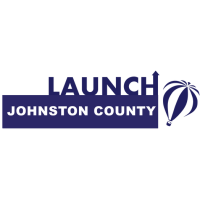