BY ABBIE BENNETT
The Smithfield Herald

More people are visiting Johnston County and spending more money here, according to a recent report from Visit North Carolina.

Those visitors add up to dollars for hotels and attractions and the people they employ. State and local tax coffers benefit too, according to the report.

Put another way, according to the Visit NC report, if not for travel and tourism, each of the county’s 60,700 would pay $297 more in taxes each year.

Statewide, visitors to North Carolina spent a record $21.96 billion, according to the report, up 3 percent from the year before.

This year, Bailey-Taylor’s office plans to market Johnston County to small meetings. “Our location adjacent to Raleigh, which is rich in association and government meeting planners, is a key area for our sales team,” she said.

For the leisure market, Bailey-Taylor said the bureau will focus on bringing more shops and hotels into the “Girlfriends Getaway” package. It also aims to expand the new Sip & Stay package, which promotes hotel stays near Johnston’s Beer, Wine and Shine Trail.

For more information on the Johnston County Visitors Bureau, call Donna Bailey-Taylor at 919-989-8687 or go to johnstoncountync.org. 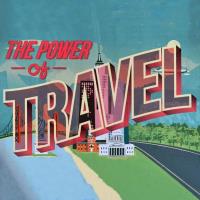