BY LAURA FINALDI
The Smithfield Herald

The Johnston County airport has christened a new, bigger terminal built to accommodate its growth.

On Thursday, October 30, 2014, the airport – now re-branded as Johnston Regional Airport – celebrated the opening of the 8,600-square-foot terminal on Swift Creek Road. About 100 people, including elected officials and business leaders, attended a ribbon-cutting ceremony.

At the celebration, airport director Ray Blackmon said the new terminal was a product of hard work by many parts of the community.

For nearly 40 years, the airport operated out of a much smaller terminal that stood between the new building and the runway. Over the years, that runway grew from a 3,700-foot strip to a 5,550-foot by 100-foot runway with full parallel taxiing, LED lighting and an instrument landing system.

The airport is home to 100 aircraft in 99 hangars. For those pilots, the new terminal has a lounge with televisions and a “quiet room” for sleeping.

“Our old home served us well for nearly four decades, but today we celebrate a new building and a new name – Johnston Regional Airport – a re-branding not only to match our new facility but more importantly to define our regional influence within the national airspace system,” Blackmon said.

The new terminal cost about $4 million, with the money coming from the federal government, the state and the airport, Blackmon said,

Housing economic development in the same building as the airport will make it easier for visitors flying into Johnston to explore business opportunities, Blackmon said. Most of the 70 flights that go in and out of Johnston Regional daily are commerce-related, he said.

“Our partnership will allow us the opportunity to attract more businesses to develop and grow here, which will enable job growth in county residents,” Blackmon said.

Bobby Walston, director of aviation for the N.C. Department of Transportation, said an upgrade to the Johnston airport terminal was long overdue.

“A terminal building for an airport is the welcome center to this community,” he said. “It’s the first impression someone gets to this area and to this state.

“When you get into a terminal building, you get an idea of what goes on in a community. Now Johnston County can do that – they have space.”

County Manager Rick Hester was at the ribbon-cutting ceremony. “I think it’s going to be a nice gateway into Johnston County for many that fly in here,” he said. 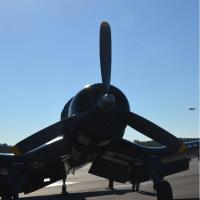