SMITHFIELD, NC – On Saturday, September 10, from 10:00 in the morning until 3:00 in the afternoon, Team 6004, f(x) Robotics will host their inaugural sidewalk chalk competition in Downtown Smithfield.  Proceeds from this fundraiser, entitled FoxChalk, will support the robotics team’s project to build assistive technology with robots to help students with dexterity limitations in Exceptional Children classrooms in local elementary schools.

At FoxChalk, competitors will create art using sidewalk chalk in sections of the 100 block of S. Third Street and E. Market Street between Second and Fourth streets.  There is no cost for entrants, who will be provided a t-shirt, chalk, and one sidewalk square in which to create.  Artists can register at bit.ly/FoxChalk.  Members of the public will vote for their favorite squares at $1 per vote, and prizes will be offered to the winners.

The team has created a small robot that has a carousel and hand holding device mounted on top. The carousel allows for 360 degrees motion of the child's hand while it is in use, following the black lines engraved on 15” wood squares in various shapes, numbers, and letters.

“We will be demonstrating how the robot is used at FoxChalk,” stated Sebastian “Seb” Garrett, Outreach Representative.  “We are excited to get these into Exceptional Children classrooms around Johnston County!”

In addition to the chalk competition, there will be face painting, games and activities, robot demonstrations, and live music.

“We are very proud of the work that  team members have put into planning this event and creating the robots to meet the needs of other children in Johnston County,” stated coaches Troy Brindle & Walter Myer.  “The team has come a long way to accomplish their goals and we hope to bring enough support to continue the event and the project into the future.” 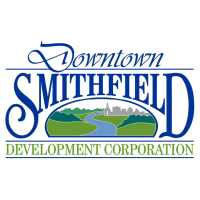