What a way to get ready for a company's 38th year in the entertainment industry.

Earp Entertainment Services was the Concert Production Provider for the 90th American Legion World Series on August 11-16, 2016. To kick off the Series, producers had a street festival, a Commander's Reception, and a concert on the field of play just 18 hours before the players took the field.  Earp Entertainment provided Concert Sound, Lighting, Staging, and Live Video Production for 3 big concerts, at 3 separate venues, over 3 separate days.

Back in 1979 a young Smithfield-Selma High School student, named Jim Earp, began providing DJ services for local dances. Since that time, his company has become one of the most requested entertainment companies in the East. The territory now covers NC, VA, SC, GA, WV, MS, FL, KY, and TN.

The Chamber proudly salutes this fine business in the Smithfield-Selma area on its 38th year in continuous operation. 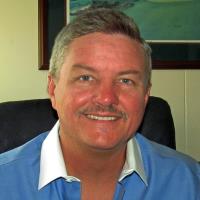