Package Will Support Company Expansion Over the Coming 12 Years

“Novo Nordisk has been an economic driver in this region for close to 30 years,” County Commission Chairman Butch Lawter told the board. “Because of companies like this, with highwage jobs and a focus on workforce education, we are now the fastest growing county in North Carolina. We are excited to approve this County incentive support for Novo Nordisk’s commitment to invest millions of dollars and add hundreds of new jobs through a series of expansions that will happen over the next 12 years. The County is proud to stand with Novo Nordisk to celebrate this growth within our community,” Lawter said.

Commissioners recognized the need to support growing industries in order to sustain and grow prosperity of Johnston County. Novo Nordisk has been among the key drivers in making Johnston County North Carolina’s fastest growing county, pursuant to the 2020 U.S. Census. “That is why we are excited to approve incentives that will support Novo Nordisk’s next several phases of expansions and commitment to the region,” said Chris Johnson, director of the Johnston County Office of Economic Development. “These new expansions will happen in phases over the next 12 years and will invest millions in the Johnston County economy and create hundreds of new jobs for our residents.”

The initial phase of expansion development has just begun at Novo Nordisk’s existing Injectable Finished Products facility in Clayton to make facility and equipment upgrades. Based on an economic impact analysis by Dr. Michael Walden, the construction alone of the facility upgrades will spark millions of dollars in increases to the gross domestic product (GDP). Overall, the state, county and municipal governments will also see millions in new tax revenues annually from the expansion, according to Dr. Walden, a consultant and professor emeritus of economics at North Carolina State University.

“The company’s success here has been a win-win across the board, and we’re proud to support its latest wave of growth,” according to Chairman Lawter. “We look forward to sharing the exciting news of each phase as they unfold.” 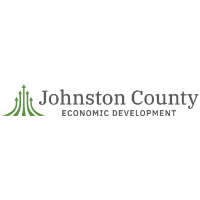