Citizen of the Year reflects on his political career

On the walls of the waiting area in Leo Daughtry’s law practice hang a collection of accolades received over more than two decades in North Carolina’s General Assembly. But on the walls just outside his office, Daughtry keeps perspective: political cartoons of him lording over the House as majority leader and an Indy Week cover story pleading with him not to doom the state.

Politics are usually a mixed bag, but Daughtry has seen few lows in his career. He’s served 12 terms in the House and two in the senate. And though he lost a bid for governor, he saw North Carolina and Johnston County turn to the Republicans.

Daughtry will leave office at the end of the year, declining to defend his District 26 seat for a 13th time. Last month the Greater Smithfield-Selma Chamber of Commerce awarded Daughtry another honor – Citizen of the Year.

“When you retire or die, you tend to get recognized with these kinds of things,” Daughtry said. “And I’m not dead yet.”

Daughtry is among the most senior members of the N.C. General Assembly. He’s served as majority and minority leader and chairs the House Judiciary I Committee. He pointed to his work on judicial matters as his legacy.

As for stepping down from the House, the Smithfield lawyer said it was simply time.

Politics began as something of an advertisement for his law practice, Daughtry said.

“When I graduated from law school, it was considered unethical to advertise,” he said. “Politics were a way for you to get your name out, joining civic clubs and getting out in the public and letting people know who you are.”

Daughtry won election to the N.C. Senate in 1989. As a 50-year old freshman, he spent his first term simply learning the job.

“I can’t say I did much for Johnston County,” Daughtry said. “As a freshman, there’s not a lot of chances to do anything. But I learned how the system works.”

Daughtry credits the system with ousting him from the Senate after two terms, saying he was gerrymandered out of his district. In 1995, he was elected to House District 26, where he’s served for the past 20 years, representing Smithfield, Clayton and northern Johnston County. In that time, he’s seen North Carolina’s Republican Party take control of both houses of the General Assembly. The shift in power makes it easier to get legislation through, but Daughtry questioned whether a super-majority was always best.

“When you’re in power, you don’t want to give it up,” Daughtry said. “The best legislation comes from hearing and debating, where both sides have their say. The end product is maybe something not everyone likes, but perhaps works best. … Both sides are guilty of being too political, like the federal government.”

Despite his skepticism of power, Daughtry remains loyal to his party. He’s vowed to endorse the Republican candidate who emerges from next month’s primary.

With retirement looming, Daughtry feels perhaps more free than ever to speak his mind. When politicians everywhere were running away from the now-quiet CSX project between Selma and Micro, Daughtry emerged as the lone elected voice of support.

“I think public officials overreacted to pressure from landowners,” Daughtry said. “I can’t argue with landowners who say they weren’t treated well by CSX, but we shouldn’t discard a project over procedure.”

Daughtry’s District 26 is home to pharmaceutical companies Grifols and Novo Nordisk, both of which are expanding their footprint near Clayton. He said the eastern side of Johnston desperately needs a project like the one CSX is proposing.

Daughtry thinks the project has support in Johnston but that those in power are hesitant to show CSX favor now that landowners have harshly criticized the railroad company.

“If they’re afraid to speak out, they shouldn’t run,” Daughtry said. “Elected officials need to be willing to do good work and write good bills. Supporting this project is good policy.”

So far, Daughtry has no grand plans for retirement. He wants to practice some law in Smithfield – speeding tickets, he says.

More than eight months from the election and the ostensible end of his political career, Daughtry seems content.

“I enjoyed the give and take, the debates,” he said. “It was interesting.” 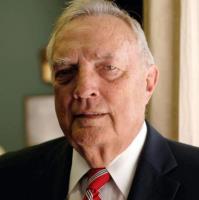