The banquet had been postponed from April 29 due to tornado warnings in Johnston County that night.

With the award comes the title of Johnston County Schools Teacher of the Year. Westbrook's best practice was “Welcome to 1984.” As the Flame for Learning Award winner she received a cash award of $1000, along with $1000 from the Johnston County Education Foundation. Westbrook will go on to compete for the North Carolina Teacher of the Year, beginning with regional competition in the fall of 2014.

The Chambers of Commerce in Johnston County (Benson, Clayton, Cleveland, Four Oaks, Kenly, Princeton and Smithfield-Selma) adopted the Flame for Learning Award because of the importance of teachers in developing and educating children. In so doing, it has been the goal of the local chambers to support and elevate the teaching profession in the public schools. This award recognizes outstanding creativity and innovation in the classroom and nominees are selected strictly on merit, without regard to school or residence. More than 350 teachers were nominated and were asked to submit a "best practice" that they used in the classroom. A selection committee named semifinalists after reviewing the best practices. The semifinalists participated in an interview process to determine the recipient and the finalists.

The remaining semi-finalists for the 2014 Flame for Learning Award received $100 each and are listed below. 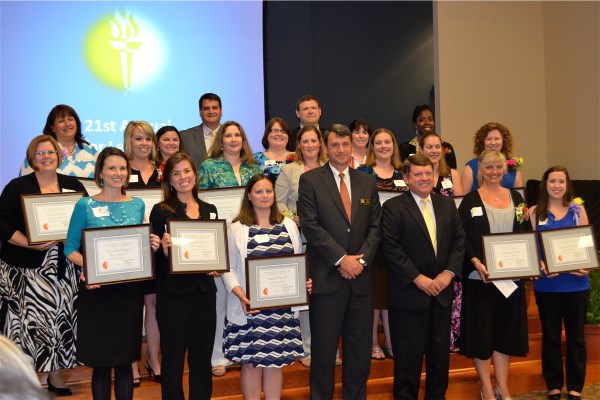 More photos from the Flame for Learning Award Banquet 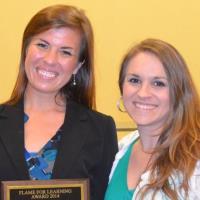