Raleigh, NC – Pinnacle Health Services, LLC, local owner of four outpatient imaging centers in the Raleigh area, announced today the rebranding of its centers to Cardinal Points  Imaging of the Carolinas, a move designed to relaunch the company as the area’s largest independent,  local operator of outpatient diagnostic imaging centers.  For the past eighteen years, Pinnacle’s imaging centers in the Raleigh market have been  branded “Raleigh Radiology” as part of a professional services agreement with the professional  corporation of the same name.  Raleigh Radiology Cedarhurst was developed in 2002 with Raleigh  Radiology Clayton, Raleigh Radiology Wake Forest and Raleigh Radiology Brier Creek additionally  developed over the past two decades.  With this rebranding, the locations will now collectively be called  Cardinal Points Imaging of the Carolinas but independently referred to as Cardinal Points Imaging  Midtown at Cedarhurst, Cardinal Points Imaging Clayton and Cardinal Points Imaging Wake Forest.  It is  expected that Raleigh Radiology Brier Creek will additionally unite under the new brand by the end of  July as Cardinal Points Imaging Brier Creek.    The name “Cardinal Points Imaging of Carolinas” is uniquely representative of the new direction  of the centers.  Cardinal Points represent the directional points on a compass and invoke the leadership  and guidance that a forward‐moving company would use when pursuing a new path.  Administrator for Raleigh Radiology, Amber George, talks about the reason for the change:   “After nearly twenty years of doing business as ‘Raleigh Radiology’, we are taking the opportunity to re‐ introduce ourselves to the Raleigh market with a fresh new brand that underscores our local  independence, transparent commitment to value for patients and referring physicians and our genuine,  authentic patient centric approach to care giving in a friendly atmosphere.”  In the coming weeks, Cardinal Points Imaging of the Carolinas will be introducing a new website,  social media pages, updated tools and new signage.   “In addition to the new brand,” George continues, “we have implemented a search for a new  professional radiology services provider to be in place in the coming months.  Recent reinvestments in  equipment at the existing locations focuses on technology solutions that improve the patient experience  and referring physician workflow.  We are also aggressively planning future expansion in the region,  bringing access to value based, quality care closer to home for thousands of the area’s residents.   At Cardinal Points Imaging Midtown at Cedarhurst, a new Siemens Skyra 3.0T MRI was recently  installed becoming the only independently operated outpatient 3T MRI in the market.  The Skyra is a top  of the line scanner with wide bore technology known for is excellent image quality and patient  throughput.  This year, locations at Clayton and Brier Creek have also installed new Siemens  fluoroscopy/radiography and a 64 slice CT scanner respectively.  In addition to three new Ultrasound  units in recent years, and enterprise wide access to 3D Tomosynthesis Hologic Mammography, patients  in the region can be assured by the unwavering commitment to women’s imaging with uninterrupted  accreditations on all equipment.  From an information technology standpoint, an enhanced clinician  portal and online scheduling capabilities will be rolled out in the near future.  George concludes her thoughts by expressing her excitement for the coming changes, “The  announcements made today and the additional changes forthcoming will reshape the Raleigh market.   Raleigh deserves a strong, local independent imaging operator and we are very well positioned to fill  that need for many years to come.”  The operations of Cardinal Points Imaging of the Carolinas will remain familiar to local referring  physician offices as the local team and ordering processes will remain the same.  Access to appointment  scheduling is unaffected as the phone (919.877.5400) and fax (919.877.5480) numbers are unchanged. 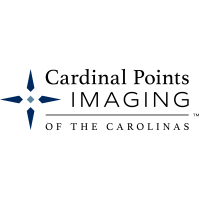