Raleigh is now bigger than Omaha, Durham has more residents than St. Petersburg, Fla., and eight of the 25 fastest-growing municipalities in North Carolina last year were in the Triangle, according to the latest estimates from the U.S. Census Bureau.   The Census Bureau’s annual report on municipal population shows most of the big gainers are in the South and West, matching the shift in the nation’s population. Seattle and Denver now each have more residents than Detroit, while Arlington, Texas, displaced Cleveland on the list of the nation’s 50 largest cities.   Johnston County’s population is now 185,650 and it grew by 2.3% just last year and nearly 10% since 2010. Growth in the county continues to be uneven, with western and eastern towns growing more rapidly than those on the I-95 corridor.   The report also shows the uneven growth of North Carolina, which topped 10 million residents last year. Of the 552 North Carolina communities counted by the Census Bureau, about 41 percent lost population last year, including sizable cities such as Fayetteville, Rocky Mount, Goldsboro and Jacksonville.   Among the report’s findings:

From News and Observer story by Richard Stradling and David Raynor 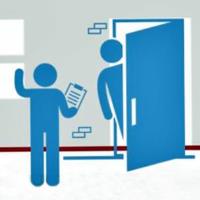