2013 Citizen of the Year: Selfless actions of a community servant

The Smithfield-Selma Citizen of the Year is given annually to someone who has contributed extraordinary service to this area. It is sponsored by Triangle Insurance & Benefits.

This year’s award is being given to someone who has supported our community for more than 30 years.  A native of Smithfield, he recognized at an early age that giving back to the community in which you live helps make the community a better place. While in High School, he was active in numerous projects undertaken by Centenary United Methodist Church’s youth group and donated his time through Key Club to help with Special Olympics and the Kiwanis annual blood drive.

Even at an early age, his selfless actions of community service created a synergy that influenced and encouraged others to want to participate in the activity at hand – this leadership trait is still evident today. In the late 80’s he entered at Wake Forest University, where he earned his degree in history and later he became a CPA, moving back to Smithfield to go into practice where his Dad was already a partner.

Let’s Recap…1. grew up in the area  2. went to Wake Forest and 3. is a local CPA.  By now, you have probably figured out that this year’s Citizen of the Year is Lee Jackson.

Once Lee moved back to Smithfield, it did not take him very long to get back involved with the community.  He was immediately active in the Smithfield Jaycees and served as President during the 1994-1995 year.  The last line of the Jaycee Creed reads “Service to humanity is the best work of life.” Whether Lee was shopping at K-Mart at 7 am with Head Start kids or helping raise money for the Jaycee Burn Center, he always had an infectious positive attitude that was like an energy source for all those around him working to serve humanity.  Lee influenced many in this room to join the Jaycees, which we now know has served as a springboard to other avenues of community service.

Looking back over the last 16 years, we realized that Lee has served in various capacities on the Greater Smithfield-Selma Area Chamber’s Board of Directors for 15 of those years – He has been Treasurer, served on numerous committees, was  Chairman in 2002, and currently is a member of the Board.  As Chamber Chairman, Lee worked to solidify the Chamber’s relevance to our community and is quoted as saying, “The Chamber is a visionary organization that helps the communities grow in a logical, organized manner.” And a highlight of the Chamber year is the December Business After Hours that his firm, Dees, Jackson, Jackson & Associates, has hosted for the past 28 years.

In 2005 Lee was part of a group of concerned citizens that founded Neuse Charter School of Johnston County and has served as Treasurer since the inception of the school.  In the school’s formative years, he co-signed a $100,000 loan so the school could have enough operating capital to survive its first year.  Lee’s unselfish commitment to education, devotion to fiscal responsibility and countless, unpaid volunteer hours has been a vital part to the success of Neuse Charter School. Lee is currently President of Neuse Charter School Facilities, Inc. and most recently undertook the leading role in securing a $6 million loan for Neuse Charter School.  This loan has enabled NCS to begin construction on a 30,000 square foot facility for Middle & High School classrooms.

According to Durwood Stephenson, who has worked closely with Neuse Charter School, “Without the unselfish, dedicated efforts of Lee Jackson, neither a positive feasibility analysis nor a loan would have been possible.  Lee was always available and he always had the right answers to every obstacle that arose.  He gave his time, his knowledge and his passion for NCS to this challenge and his commitment was void of ego or selfish purpose.  The parents, students and community owe a huge debt of gratitude to Lee.”

While giving back to our community, Lee has managed to build a successful public accounting practice and find time to attain designations, such as the Chartered Global Management Accountant certification awarded by the AICPA.  Lee lives in Smithfield and spends as much time as he possibly can with his 12 year old daughter, Sarah Ruth, who Lee claims is the smartest and most beautiful daughter in the world and the best part of his life.

Elizabeth Andrew once said, “Volunteers often times do not necessarily have the time; they just have the heart.”  For the majority of Lee’s life, he has made the time to make a difference.  Lee is an intelligent, intuitive, perceptive and optimistic person that continues to make a positive impact in our community –

Congratulations Lee Jackson, the Chamber’s 2013 Citizen of the Year!! 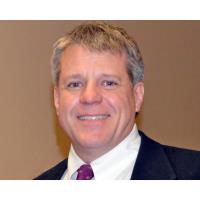