Join us for a discussion on new developments with Opportunity Zones and how to maximize them. The event will include comments from Secretary of Commerce Tony Copeland and a panel discussion with investors paving the way using this tool. 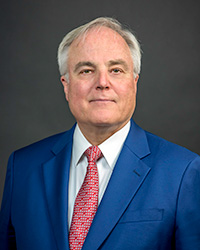 Tony Copeland became North Carolina’s Secretary of Commerce in January 2017, named to the post by Governor Roy Cooper and marking a return to the agency for the experienced business executive.

Earlier in his career, Copeland served as an Assistant Commerce Secretary, leading the recruitment of nearly $12 billion in investment and the creation of nearly 100,000 jobs. In this capacity, he worked with numerous international companies in China, Japan, Europe, South Korea and Israel, as well as a variety of domestic companies.

Copeland’s experience spans a wide range of economic development and business leadership roles. During the past decade, as part of a major law firm, Copeland has brought significant new corporate investment into North Carolina from both domestic and international sources. He brings an insider’s knowledge of the ways corporate investment and site decisions are made.

From 1992 to 2003, Copeland served as executive vice president, secretary and general counsel of BTI, a competitive telecommunications company, where he led the company’s growth from $38 million in revenues to more than $250 million. He led the senior executive team that secured $500 million in equity financing and planned, financed and installed more than 5,000 miles of fiber optic cable in the Carolinas and along the eastern seaboard.

A native of Hertford in the northeastern part of the state, Copeland is a graduate of Duke University and the Western Michigan University School of Law.

What is an Opportunity Zone?

An Opportunity Zone is an economically-distressed community where new investments, under certain conditions, may be eligible for preferential tax treatment. Localities qualify as Opportunity Zones if they have been nominated for that designation by the state and that nomination has been certified by the Secretary of the U.S. Treasury via his delegation of authority to the Internal Revenue Service.